Every head needs a hat at one point in its life, so Mr. Danny Wainwright introduced us to his new brand called Ahead and to one of its team riders Lex van der Does. He and Mitch Hoxby went out skating to film a part for Ahead and it turned out great!

Remember a couple of weeks back we had this interview with Craig Jackson? If you do, then you might remember him mentioning something about the Theobalds Cap Co. going to Barcelona. Well, that moment has passed, the votes are in, and counted. Turns out when it all said and done Craig did not find his experience as Team Manager that easy. A lack of motivation, no food, no drinks, too much sun, or no sun at all, grounds for a skater not to skate or influence the spirit of the group. Being that Craig is a great person he was willing to list his 12 most crucial tips so that you don’t have to learn the hard way. 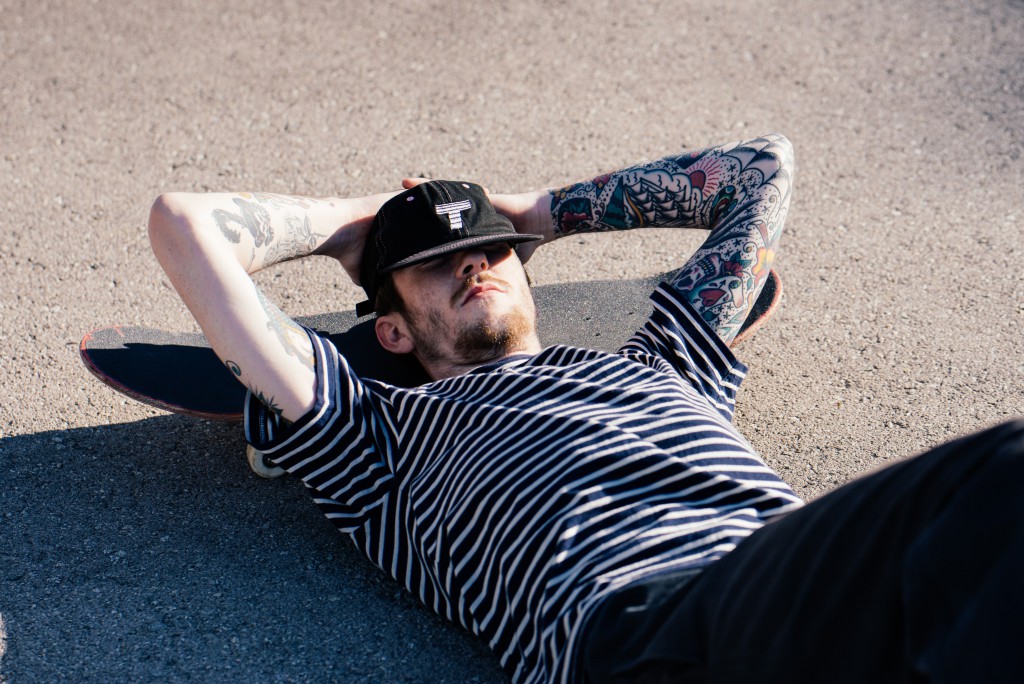 In Barcelona, distractions and curveballs are everywhere, especially when you’re managing a group of skaters all with different personalities and habits. Highlights included being wet at some point at least three of the five days, losing riders on nights out, boards being snapped unnecessarily, The Kino stack breakfasts and Damm Lemons amongst everything else that stopped us from being at a skate spot before 14:00 hours every day. With that being said it was impressive watching these guys switch into tour mode and handle the many places we took them to as well as ones we would stumble across during our treks around the city.

I learnt a lot whilst playing this role for a week and thought it might be a good idea to take this time to produce a simple 12 step guide for anyone who might own and operate an up and coming brand who are about to embark on trip to ensure you maximise your experience and avoid any unnecessary hurdles. The team sheet consisted of Jake Bidmead, Josh Arnott, Jeremy Jones and Cam Barr who’s this was his first trip to Barcelona (You can only imagine how this went down) and were cheered on by our good friends Josh Brown and Phil Russell. Special shout out to Rafski for putting up with us all week, Amy Ram and Danny Wainwright for the grip tape and keeping everyone pumped. Now scroll down to learn how to “Team Manage” on a shoestring budget…

Probably the scariest part of the whole trip. Ensure that no one has anything on them that they shouldn’t or anything that could raise a cause for concern. “What’s wrong with that?” was one of our riders response when I clocked that he was going to try and take his tobacco through in small clear baggy. I have no idea why.

One of our riders forgot all his Theos products. Luckily for me, I pre-packed a ton of stuff, so this did not turn into a problem. Anything that was left over was given out to the many friends we made along the way.

Jeremy was the only rider who packed some sun cream (his complexion demands him to). But we only found out the need for it when we were all the way out at the infamous beer banks spot. Luckily this also turned out to be the hottest day of the trip. Regardless of any UV damage, Jake threw down this backside nose blunt while we all stood around and got toasted, nicely toasted.

If you’ve been skating for long enough, you become pretty good at judging the weather. On one of our days, it turned out we only had a window of 3 hours of dryness in between the torrential rain. So, be spot savvy and don’t trek super far if you feel like the weather could easily change on you. When the weather started to turn, I ended up guiding the guys to this super fun bank spot around a lamp post that I first saw Vaughan Baker skate in “Lost & Found” years ago.

This rule was one of the hardest for me to come to terms with. The thought that I’d have to tell someone to “not roll that up here, wait for the next spot” didn’t do my anxiety any favours whatsoever. Regardless, we had to keep moving and not get too lost in the sauce. Time is money.

#6 – The best things happen when you least expect it.

In a city like Barcelona, it is easy to forget that almost every place has spot potential, not just the official destinations. I.e. Cam spotting this considerable road gap which had a perfect downhill in front of it that guaranteed extra speed. “READY!?” was the last thing he screamed before flying over the gap. I felt like I was watching nitro circus. Love it! MVP.

On one of the days, we were lucky enough to have Danny Wainwright come out with us for the day as guest TM. This was an eye-opener for sure. Danny and Josh Arnott go way back and that was noticeable in their communique. He pretty much gave Josh shit and called him a wussy at every skate spot he went to. He finally gave in and proceeded to half cab over a barrier into one of the crustiest banks I’ve seen.

Jeremy Jones is a pretty quiet guy (until he hits the sauce) and compared to others, doesn’t show when he’s frustrated. Remember that everyone is different and sometimes you’ll have to check in and make sure that your guys aren’t burning themselves out at the first spot of the day. Jeremy had to battle for this photo in the heat of the midday sun, but he had his sunscreen on and eventually nailed one perfectly.

I’ve known Jake for a fair few years now (we partied pretty hard in Monolos when we properly met back in 2012) and since he’s the oldest person on the team, it was only natural that he assumed the team captain role. Jake knows the city like the back of his hand, so after one session was over, we’d catch 5 minutes to discuss where we’d be going next and who could hit certain spots. Jake also talks in his sleep. Cute.

Always the first texts you will wake up to every morning, your photographer and/or filmer will be your best friend on tour. I was lucky enough to have one of my favourite skate photographers Rafski join us. He kept us all on our toes throughout the trip making sure everyone was out of bed and at Macba in time every day. You’re the best, Rafski.

Team nights out are essential, don’t be that guy who tries to keep everyone reigned in, let them live. One night we got chased out of Macba by police and ended up at Nevermind. Everyone got pretty ‘lit’, Cam snapped his board, and we lost Jeremy who I luckily found talking to one of those sketchy beer seller guys near our hostel several hours later. I managed to eventually pull him away and put him to bed, reluctantly.

Maybe even scarier that step 1, ensure that everyone gets on that plane back home. Drag them out of bed if you need too. One last final bit of advice: Make sure everyone has budgeted enough money for that airport transfer…

“How does it feel to be so well connected that you can go to any location in the world and be at home?”

Those were the opening words of our feature about Sara Parson-Texas and like we said in that feature Sara is still just “right around the corner”, surrounded by her friends and family.

So being that she is the family type, we started thinking and that culminated into one night at the infamous Black Lodge Bar where we asked Sara if she would like to be a member of a new family, our family and she did, she joined with a hug and a big smile!

So without further ado, we present to you the first column created by one of our favorite people Sara Parson Texas! 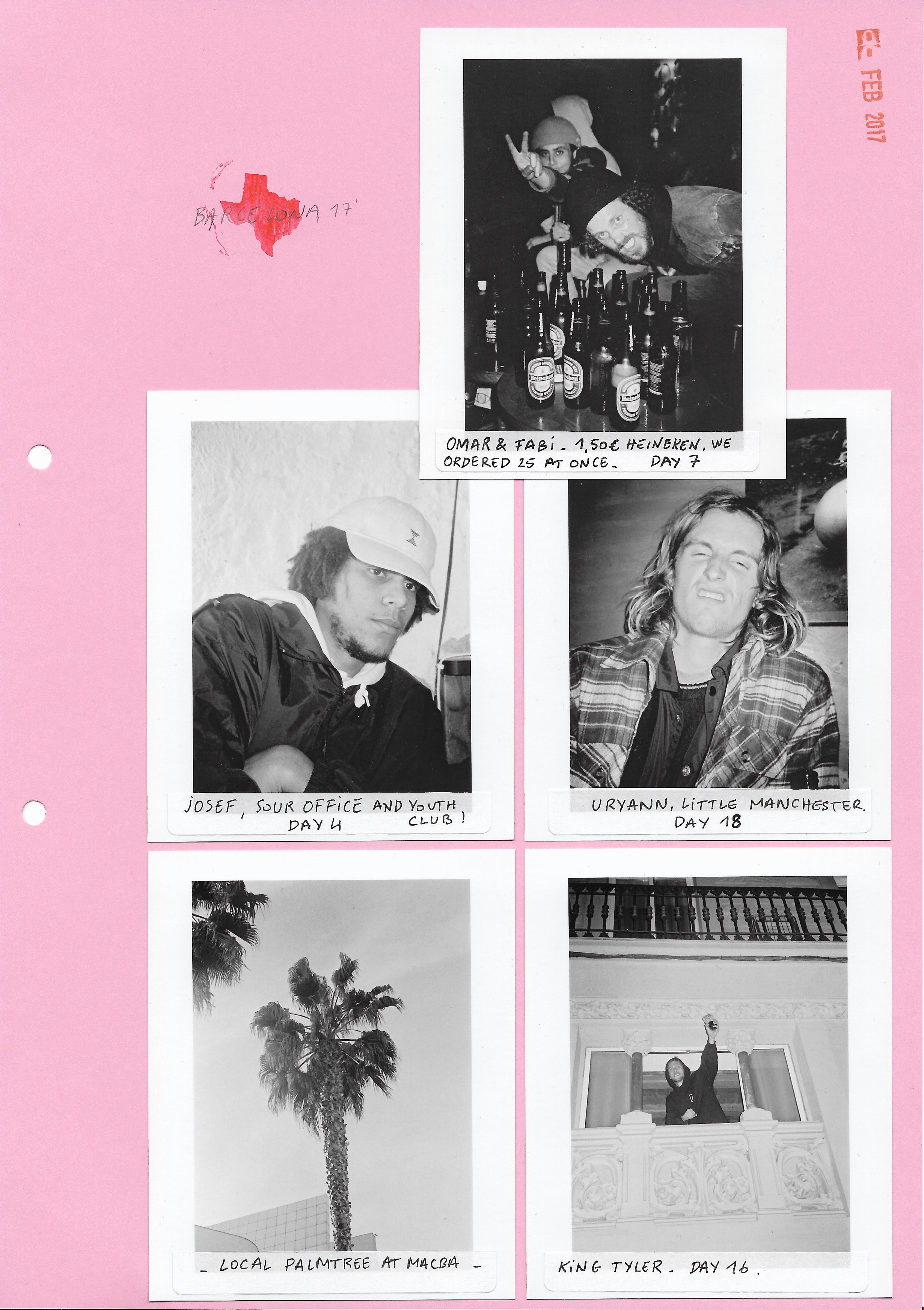 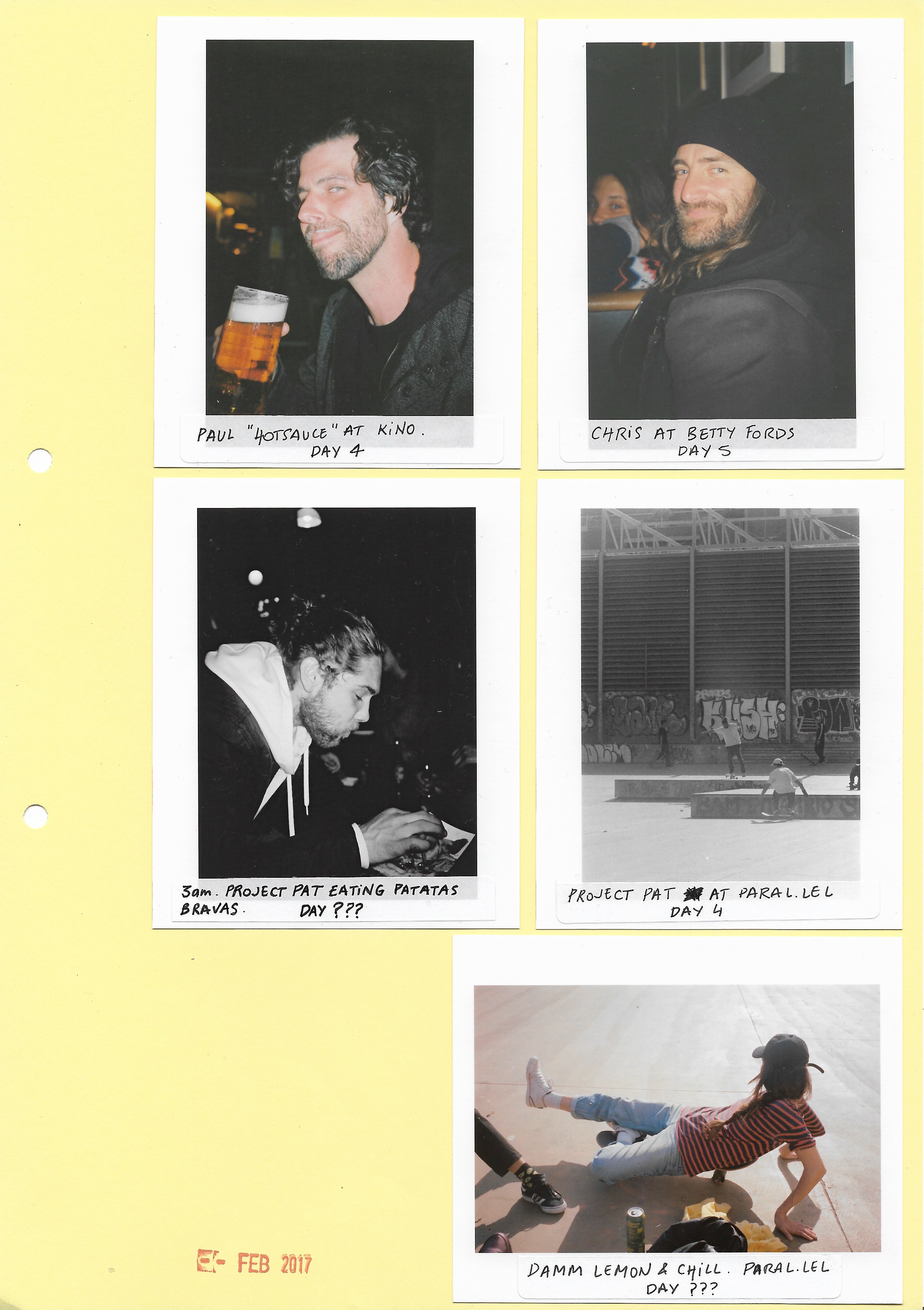 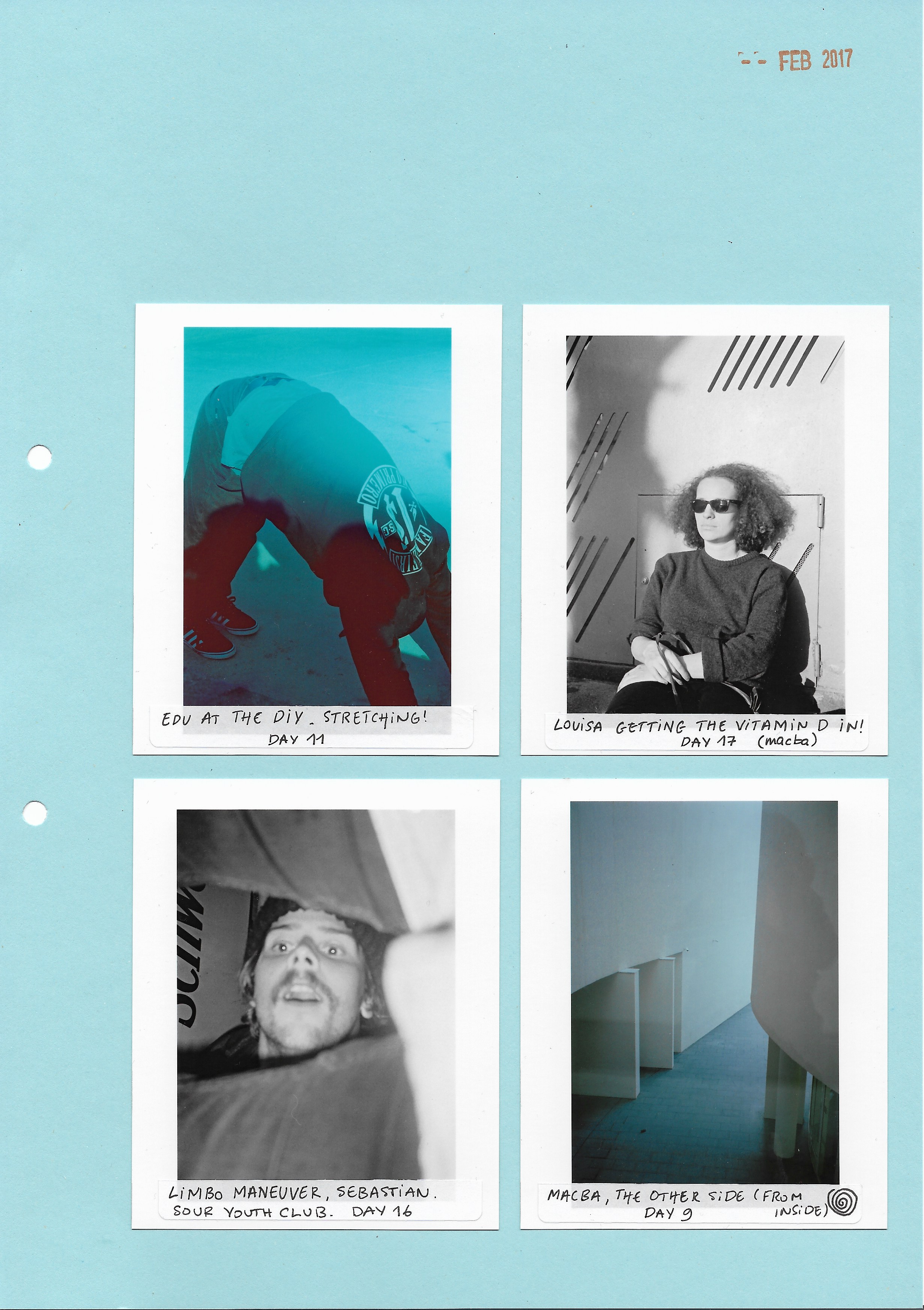 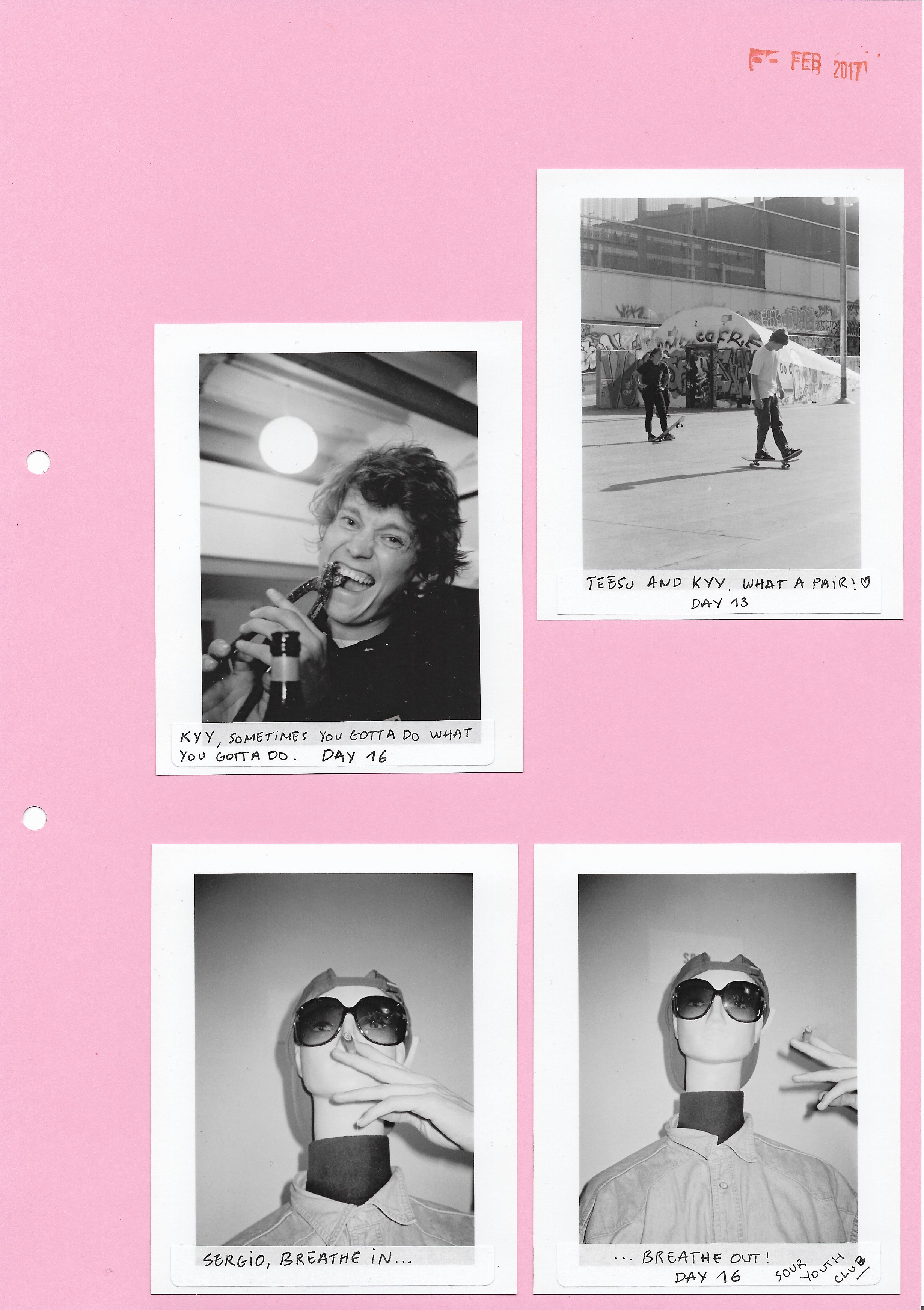 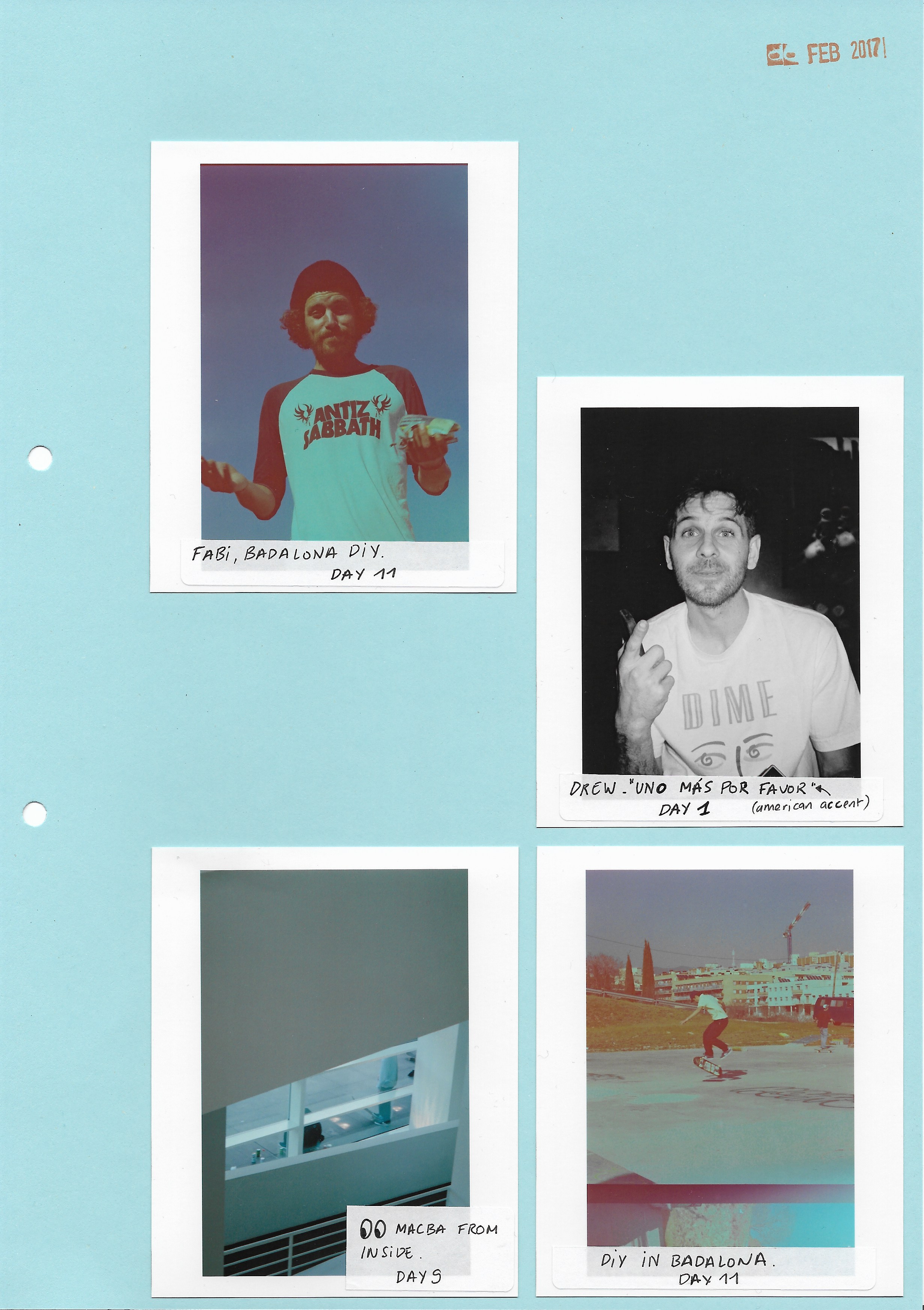 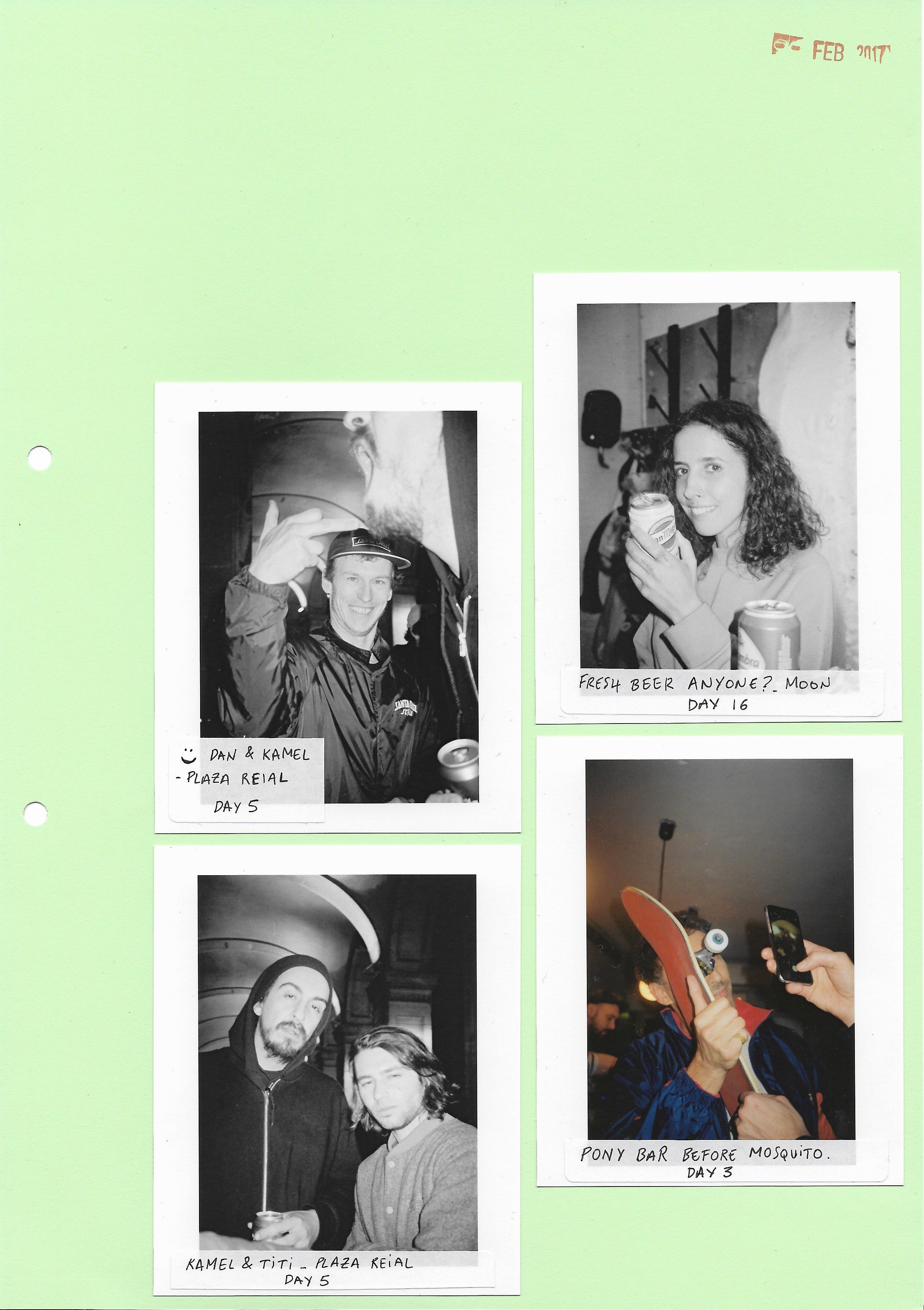 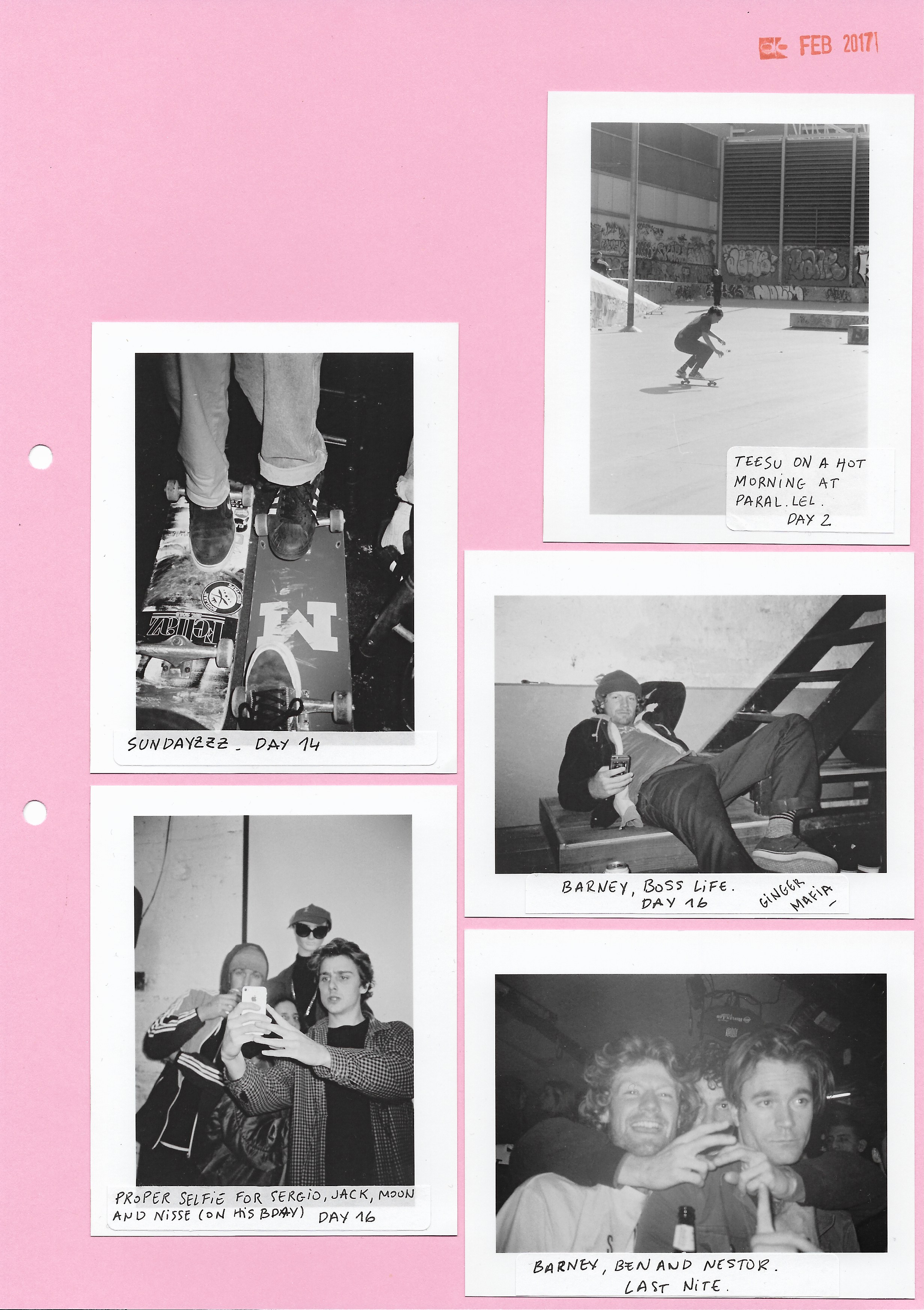 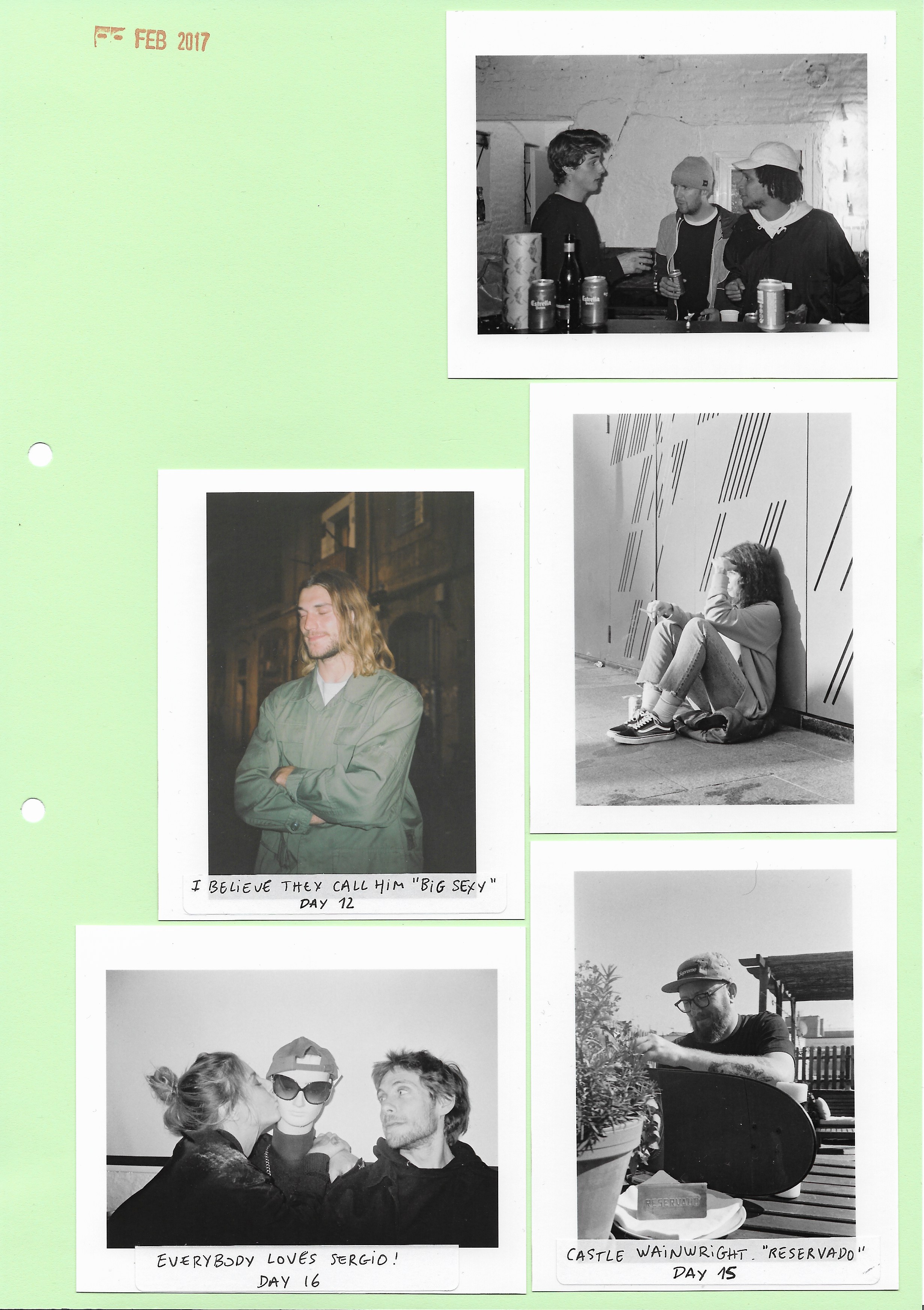 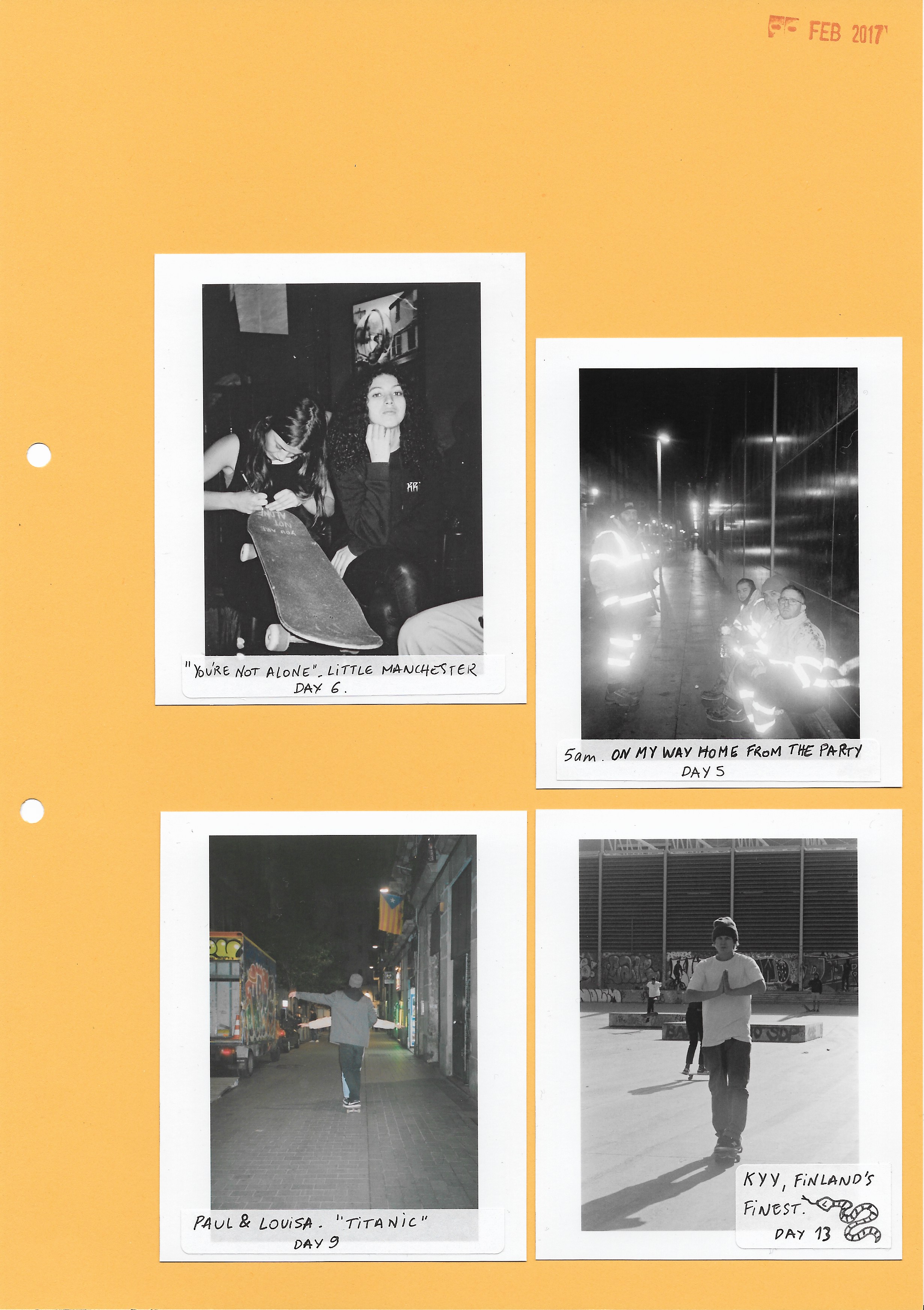 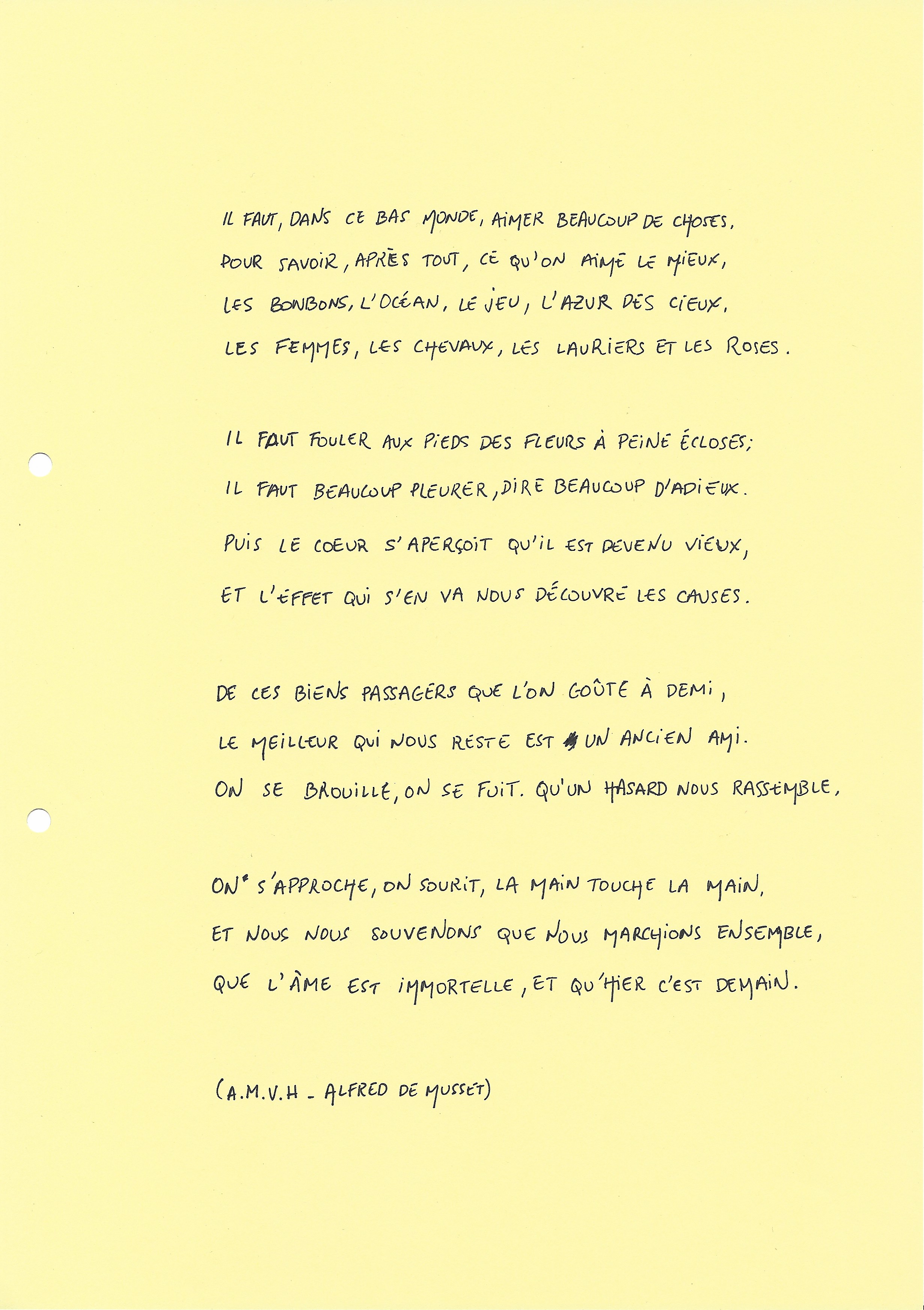 For the people that don’t speak French:

In this world, we must love many things
To know, in the end, what one loves best,
Candy, the Ocean, gambling, the azure of the skies,
Women, horses, laurels and roses.

We must trample barely bloomed flowers;
We must cry a lot, say a lot of farewells
Then the heart perceives that it has become old,
And the effect that goes away reveals to us the causes.

Of these fleeting possessions, only half tasted,
The best that remains is an old friend:
We quarrel, we avoid each other. Chance brings us back together.
We come close, we smile, the hand touches the hand,
And we remember that we used to walk together, That the soul is immortal, and yesterday is tomorrow.