A new one by Makke Bengtsson or as he says: “Footage that wasn’t good enough to get used, lost but now found and also saved for this video.” – you can put it either way, it is definitely worth a watch.

Our good friends from Poetic Collective just dropped their new video “CLOUDS” and it might be the first full length ever that has a 50/50 balance of male and female skaters. Poetic’s pros Helena Long, Samuel Norgren, Simon Kallkvist, Santiago Sasson are the foundation of the edit and are backed by the rest of the team’s appearances throughout the 22Min. long video. It also introduces Britain’s Josie Millard to the team.

A little digging into the crates has formed into a full-fledged Minuit – EXP 2 edit. Even today it is worth noting that the style that Yoan Taillandier brought to the table when the Minuit series first dropped is still as vibrant as ever.

If you haven’t been to one of those you really missed out. Maybe there will be another chance in 2021? Let’s keep our fingers crossed.

From our friends over at FREE. A new one from Paris/France.

There is a new team in town Vic & Nonni documenting this very fun Parisian spot for our enjoyment. Excited to see more in the future.

Jimmy Cholley is a good dude and this is a good video. So enjoy some of Paris’ most underrated rippers some of which have helped struggling skaters at Nozbone back in the day 🙂

First off, let us start with some facts about this tour.

So basically this tour was preceded by some of the best weather Europe had seen in a long time. Like the year before it seemed like we would be having an almost endless summer. But as luck would have it, as the tour grew closer so did the clouds. As soon as we all arrived in Amsterdam (our meet up point) the signs weren’t good.

What was good though was the food, we went to:

During this trip we traveled by train, which to be honest is still the nicest way to trave because nobody is forced to drive, we didn’t have to go through security, there is enough room for all the bags and you can still buy coffee in the vehicle without stopping. Also, Greta Thunberg travels that way so…

We also have to give it up for all the great parking garages inside of the cities of Rotterdam and Antwerp. The security guards also let us have our fun so an S/O is in place!

We also had some great guests in both of those cities Pascal Moelaert, Aaron Tiekink, Sneep, Ziggy Schaap, Alex Raeymaekers, Yannick Gores & Wallem. You guys really helped guide us through the raindrops to the right spots at the right time. Without really ever complaining, chapeau!

Vincent Huhta and David Jakinda have been best friends for a long time. How far back? Well, David told me his mom used to grip Vincent’s board when he stayed over at their house when they were young.

This was their first tour together and when we asked them they both said I’ll go if he goes. Vincent even cut short a London trip just so he could come skate with David. Obviously they roomed together the entire trip and it feels like they motivated each other a lot as well not only verbally but also by actions.

When one would film a trick and was having a hard time the other usually skated the spot with him just to back him up and keep the vibe right. Which often resulted in us getting way more tricks from both of them at spots that weren’t typical. They would often make it a little sesh together and all we had to do was point and shoot.

Because of their bond, they also were at ease at almost all locations and truth be told just fun and easy to be around their friendship also extended and made us all as a group become a bit closer as well and that is worth a lot.

Last but not least all the skate shops, Ben-G, Skatestore Rotterdam, Lockwood & Zeropolis are all places that helped us and help their scenes on a daily basis. We all know that with the current situation things aren’t easy for them so don’t forget them and show them your support in both easy and hard times.

In Cooperation with Nike SB.

This article was written by Roland Hoogwater.

The Parisian kids are growing older and stronger and it is a wonderful thing!

This Mômes edit takes us down to Portugal and into a world of cobblestones, far away spots and a group who went skating 20-deep every day.

Press play and enjoy the future of Paris in the now.

Makke just released a new video and apparently it is unused footage from 2019. Not exactly accurate, since it has a lot of footage from the Poetic Video but definitely worth a second watch and pretty entertaining. A lot of Berlin footage and even more good friends in this one.

After Samuel Norgren’s part & yesterdays, film trucks collab it seems like Poetic Collective week over at Transworld has come to an end with this release.

A result of hard work, passion, friendship, and craftmanship FLUID is now online for us all to watch.

A little while ago we went to Paris to talk to Stefan Janoski. We had a nice couple of days skating the Garage, enjoying the sun, watching videos and listening to Santiago Sasson’s band.

All the while Stefan was doing much of the same but he also went his own way, going to lectures, having lunch and spending some quality time with a clown!?

We asked Mr. Janoksi to carry a camera and shoot his Parisian endeavors for us and so the result is this, our first Stefan Janoski photo recap. 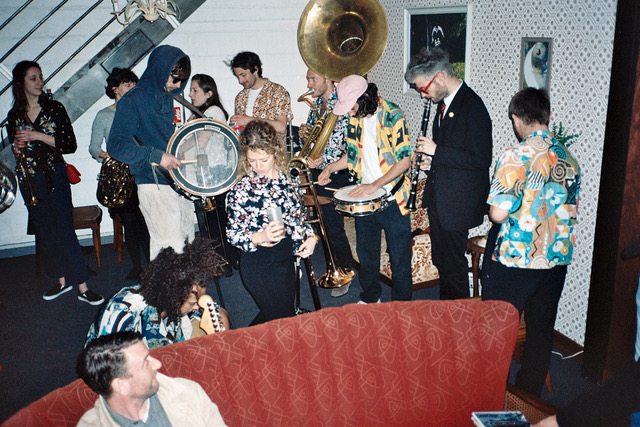 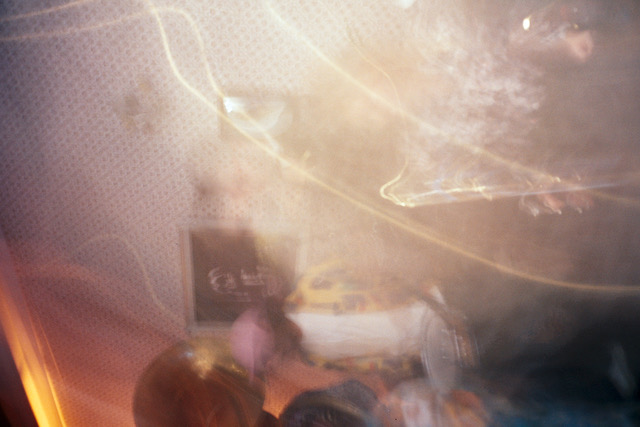 We would like to thank Stefan Janoski for making this happen and Nike SB for the Support.

“You say it best when you say nothing at all!”

The obvious things can be said but pressing play will provide you with all the answers.

Our friends over at the Poetic Collective hit us up last week and put a little X-mas present under our digital tree. The gift was filmed throughout the latter half of the year by Makke Bengtson and Tom Botwid, it features both the last rays of the sun and the cold of the winter winds.

Instead of just gifting us all with this video the collective gifted themselves a new team member as well, Santiago Sasson now rides for Poetic! Merry Christmas Santi!

Enjoy the video and celebrate the holidays from the birth of baby Jezus to Hannukah or Kwanzaa!

A new video for Futur by the steady hands of Yoan Taillandier.

It must be nice for a filmer to film a small team with such major talent and style. But above all the team really gets along and as such the general vibe of this video is pleasant, to say the least.

During the premiere of Leon Rudolph’s new video, somebody asked: “Why is this video called Practice?” The answer lies in the opening shot of this video.

Pressed play, still no clue? You probably don’t watch the NBA, Leon does, he got the inspiration for his newest video from a Basketball legend Allen “A.I.” Iverson.

Iverson was at the peak of his skills and got asked about his performance during practice and his response is simply legendary.

A big part of the reason we came to make the Malmö issue where the two Mortensen Brothers  Sondre and Amandus. We watched all of their edits and like DRIV3R, where one of the brother’s drives and films while the other one skates, it shows a good example how things are in the life of a Mortensen. They were just different, they seemed to be doing their own thing and it made me very curious. I wanted to know what kind of people they are. So, I started to ask people about them.

“They just keep to themselves, they go out alone film each other and edit together. Sondre even makes some of the music.”

Tom Botwid told us, “They don’t even really curse!” – “What, who doesn’t curse?” – “They do, kind of but they have their own words.” Things like that made us want to go to Malmö to see what’s in the Swedish water and to really get a taste of what it’s like to be around them.

Now, over the years, the city has become somewhat famous for its “non-spots” and the people who skate them. An “if you don’t have it just build it!” attitude has been in the air for a long time. Pontus Alv, Nils Svensson and their friends built up Malmö’s image by executing ideas like these. They did not do it like they did it in the US. They took things and did it their own way, which made it relatable to all of us in Europe. It was clear from the first moment that I saw them that the Mortensen’s seemed to build on that tradition but at the same time the way they are doing it had a whole new feeling to it.

A good example would be to say that after Joy Division came New Order. The band regrouped and started to try and find a new sound – their own sound! The journey to find their own, ended up creating some pretty good and maybe even classic albums after.

“No band ever survived the death of their lead singer, so when Joy Division became New Order Nobody expected them to succeed.”24 Hour Party People, 2002

Now obviously, Mr. Alv is neither dead or gone. To this day he is a driving force in Malmö but the thing is that nobody expected Malmö to become this big and we thought that like Manchester in the 70’s, 80’s and 90’s it will produce a lot more interesting people, projects, and styles. MADCHESTER is no more but maybe “MADmö” is around the corner, this new work of documentation by the Mortensen brothers definitely shows all of the above.

Welcome to Malmö: a seaport type of city. It’s the third city in Sweden but the first when it comes to riding a skateboard and it basically morphed into it because of its inhabitants. They are proud of their city and rightfully so.

“Some spots only become a spot once somebody manages to do a trick on them.” Danijel “Jugga” Stankovic said, looking at Sondre & Amandus Mortensen.